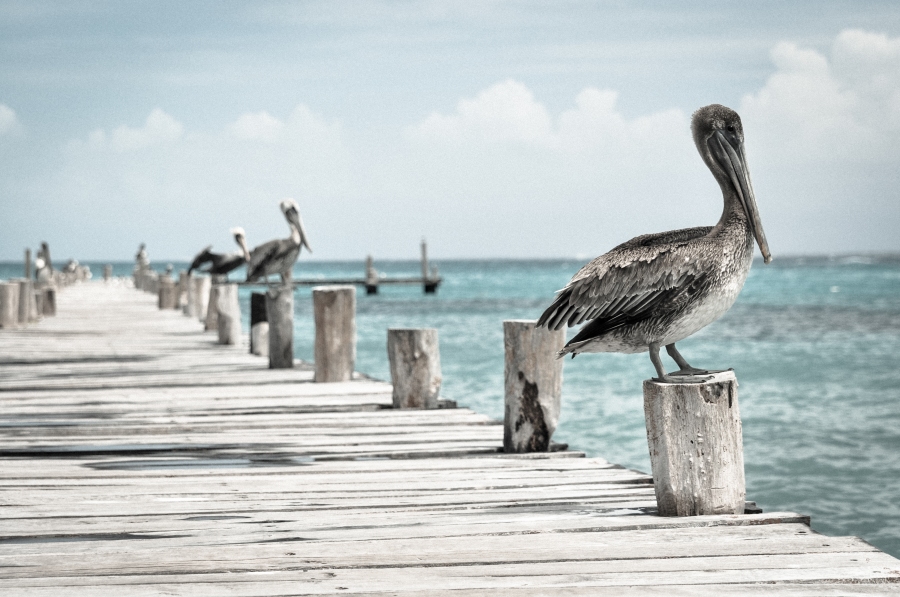 A short story by Heinrich Böll titled ‘Anecdote Concerning the Lowering of Productivity’ describes an encounter between a European fisherman and a tourist, who makes suggestions to the fisherman about how he could improve his life. Many versions and interpretations of this story exist. ‘The Parable of the Mexican Fisherman’ is the most popular one. A parable is a story about an event that is used to make an ethical point, and involves an individual who faces a moral dilemma, or makes a controversial decision and has to accept the negative consequences. Reading this story started me thinking about how it could be interpreted in an environmental context, to help inform my understanding of fishing and the importance of sustainable ocean management. I know my interpretation is not as romantic as embracing simplicity, or knowing what is truly valuable in life, but it has enormous relevance in a modern world.

Here is ‘The Parable of the Mexican Fisherman’:

An American investment banker was at the pier of a small coastal Mexican village when a small boat with just one fisherman docked. Inside the small boat were several large tuna. The American complimented the Mexican on the quality of his fish and asked how long it took to catch them.

The Mexican fisherman said “I sleep late, fish a little, play with my children, take siestas with my wife, Maria, stroll into the village each evening where I sip wine, and play guitar with my amigos. I have a full and busy life.”

The American scoffed “I am a Harvard MBA and could help you. You should spend more time fishing and with the proceeds, buy a bigger boat. With the proceeds from the bigger boat, you could buy several boats, and eventually you would have a fleet of fishing boats. Instead of selling your catch to a middleman you would sell directly to the processor, eventually opening your own cannery. You would control the product, processing, and distribution. You would need to leave this small coastal fishing village and move to Mexico City, then LA and eventually New York City, where you will run your expanding enterprise.”

The Mexican fisherman asked “But, how long will this all take?”

“But what then?” asked the Mexican.

The American laughed and said “That’s the best part. When the time is right you would announce an IPO and sell your company stock to the public and become very rich; you would make millions!”

The American said “Then you would retire. Move to a small coastal fishing village where you would sleep late, fish a little, play with your kids, take siestas with your wife, stroll to the village in the evenings where you could sip wine and play your guitar with your amigos.”

The fisherman doesn’t need to go through the process as suggested by the investment banker, for he already has what he is told he can achieve. This parable is also an excellent example of the potential over-development of the marine environment. Imagine the scenario operating at a larger scale. It’s the collective and cumulative effects of our actions that have the greatest impact. If we make controversial and questionable decisions about how we handle the ocean’s resources, without sufficient planning and forward vision, we may be left with catastrophic consequences – depleted fish stocks, out-of-balance ecosystems and a degraded planet.

From an environmental perspective, here are my insights from ‘The Parable of the Mexican Fisherman’:

We don’t need massive amounts of wealth to be happy. We have everything we need within our own hearts. We have already arrived at that place inside of us that we are constantly striving to reach. We are enough. Once we know this, we can simply live. Remember, it’s about balance, not deprivation, and managing the Earth’s resources in a more sustainable way.

© 2014 - 2021 Environmental Warrior. The information provided on this not-for-profit blog is for informational and educational purposes only. Environmental Warrior has no liability for any loss or damage incurred by anyone as a result of their use of this blog or the information provided herein. Unauthorized use and/or duplication of this information beyond normal 'fair use' purposes, without the express consent and written permission of Environmental Warrior is strictly prohibited. Excerpts and links constituting 'fair use' may be used, provided full and clear attribution is given to Environmental Warrior, with appropriate and specific direction to the original content. This blog may contain original content, copyrighted material and citations of results and conclusions from scientific research papers that may not be authorised for use by the creator or copyright holder. This content has been used under 'fair use' principles for the purposes of commentary, criticism, review, news reporting, research, teaching and scholarship. Every care has been taken to ensure these works have been cited properly, with full attribution given to the creator and copyright holder.